Welcome to a story map based on my resume. A ResuMap perhaps.

In 2011 I graduated from Ballard High School where I was a student in the Biotechnology Academy and enjoyed classes in Video Production and AP US History.

In 2010 I enrolled in the Running Start program which allowed me to take classes at Seattle Central Community College while I was still in High School.

During this period I began working as a writer and photographer for both the Student newspaper and SemiAccurate.com. At the Seattle Central I covered campus events and did faculty interviews. For SemiAccurate I wrote product reviews for computer hardware and compiled news roundups.

In 2013 I was admitted to the University of Washington's Seattle campus where I found the right environment to explore my love for technology and map-making.

Professionally this was an exciting time for me as I began writing freelance stories for PCWorld.com which received an order of magnitude more page views than any platform I'd published on previously.

I also continued to engage with my interest in photography. First through product photography to support my writting and then through landscape photography to extract an aesthetic. 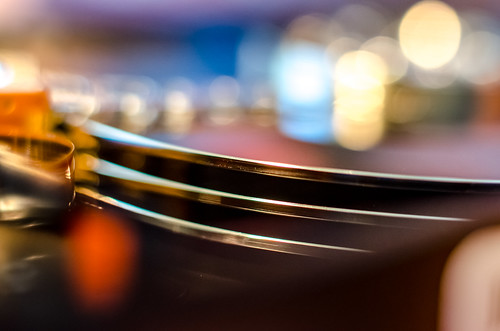 The City of Seattle

Starting in 2012 and ending in 2015 I spent my summers working for the City of Seattle's Human Services Department.

In this role I spent my first two summers speeding around the City in an old van delivering boxes of pre-made meals to parks and community centers for distribution to hungry children. The last two summers I worked as a distribution site manager where I handled the training of the distribution staff and the filing of their accounting paper work.

After graduating with a Degree in Geography from the University of Washington I was referred by a classmate to a contract position with Apple where I worked on building out the dataset for the Transit layer in their Maps app.

This is the awesome gift I offered up for our white elephant gift exchange at work. It's a beautiful shower curtain. My coworkers seem pretty enthused. :D

While living in Austin I developed love for all things smoked and slow-cooked, especially Brisket.

Beef ribs that slid right off the bone and brisket worth closing my eyes for. #Austin #BBQ #Beef #OhManTheseMeatsTho

After weathering a Texas summer and getting a three month contract extension at Apple I found a way to return to the Pacific Northwest. At the start of 2018 I began working in my current role as a GIS Programmer for Kitsap County.

In this role I've been lucky enough to take over the maintenance on a couple of key county information services namely Parcel Details and Plats.

Stumbled on to this neat little abandoned dock this evening. #brokenbeautiful #springstrolls #baystreet